How High Can Stone Veneer Be Installed?

Over the years we’ve used our weekly blog articles to cover a lot of technical aspects of installing stone veneer, often times focusing on common mistakes we’ve seen made when installing stone veneer. An area that we’ve touched on briefly but never done a deep dive into is how high stone veneer can be installed. We’ve featured plenty of tall stone veneer installations before and stone naturally lends itself to looking absolutely amazing in applications of height, both interior and exterior. So if you’ve ever wondered if there’s more to know about how high stone veneer can be installed then this week’s article is for you.

The first thing to know about installing stone veneer in a tall application is knowing all the specs of the stone veneer itself. Its worth noting that what we’re discussing in this article is what is commonly referred to as “thin stone veneer”, which is either natural or manufactured stone that is going to weigh less than 15 lbs per sq ft and have no dimension exceeding 36”. Traditional thick bed stone veneer is a entirely different product, being much thicker, weighing much more, and generally having the requirement of setting on its own footer from an installation standpoint. Thin stone veneer, or what we’ll simply refer to as “stone veneer” in this article going forward relies on the concept of direct adhesion meaning the stone veneer is adhered to the wall using setting materials, hence the weight of the stone is born by the wall itself and not a separate footer. 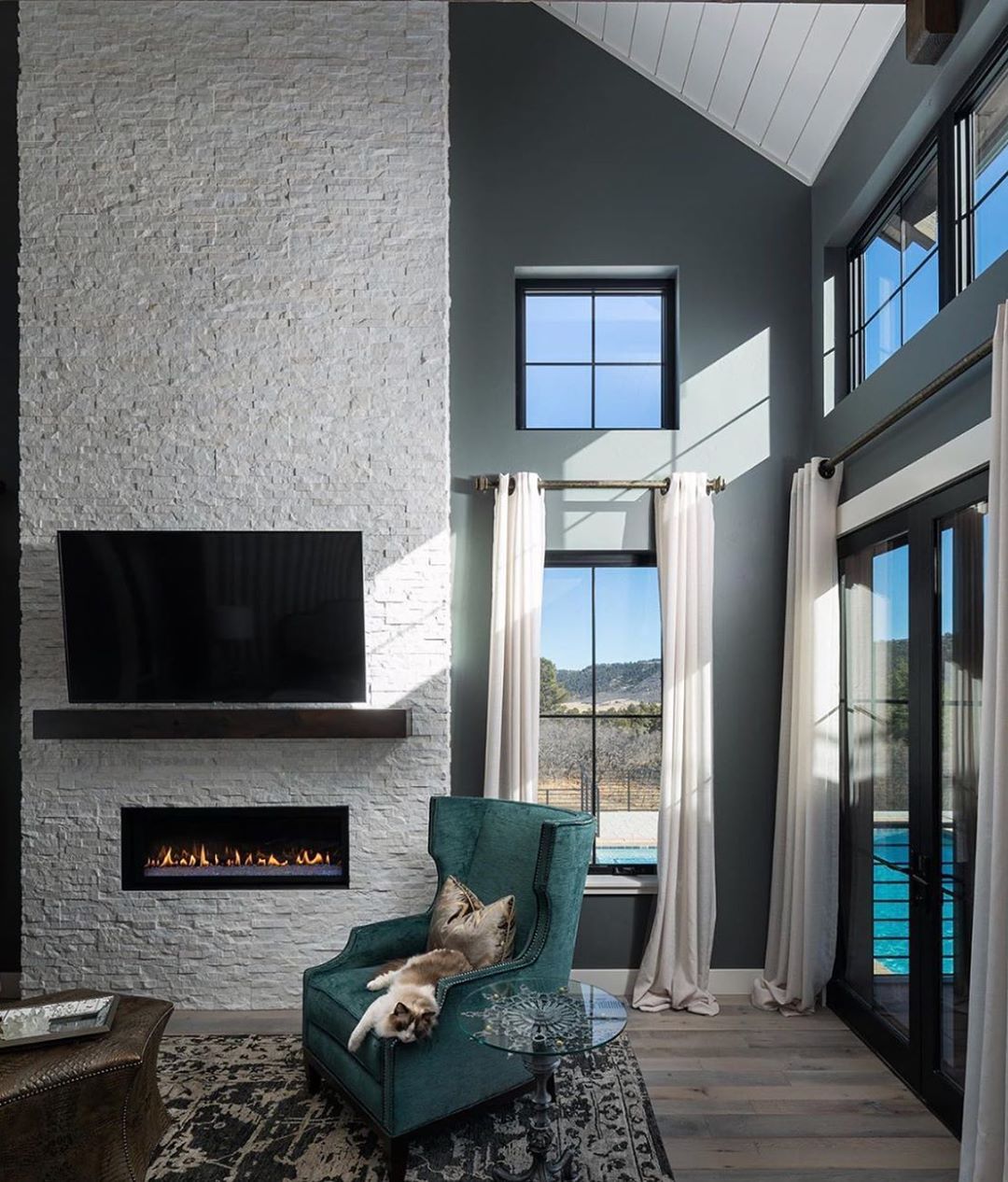 The general rule of thumb for a stone veneer installation pegs the height limit at 10’ according to industry leading organizations like the Natural Stone Institute and commonly accepted ASTM and International Building Code standards. What this means is that for installations less than 10’ in height, provided the wall system is at minimum a 2’x4 stud frame will with standard 16” spacing you’re good to go! It’s not uncommon though for stone veneer installations to be installed in much taller applications like fireplaces in rooms with cathedral ceilings, commercial applications with high ceiling in lobbies and atriums, or even just the first and second story facade of a normal residential home. To know what needs done to install stone veneer in applications greater than 10’ in height you’ll need to gather some information and consult an expert to make sure the installation will be safe.

How the wall that is supporting the stone is constructed is an important thing to know and consider when determining how high stone veneer can be installed. Knowing whether you’re working with frame construction (wood frame or metal as well as the spacing) vs concrete masonry Unit (CMU) / block vs poured in place concrete is an important first step. Also knowing how the wall that the stone veneer will be on is supported, such as directly on slab or via support beam, is important to know. With that information and the specs of the stone veneer we recommend you consult with a structural engineer for a recommendation on installing a stone veneer and what, if any, structural changes might need made. It might sound like a lot of work, especially if you’re just trying to glam up an old builder grade fireplace, but a little time and expense is well worth the potential problems an inadequately supported installation could cause down the road including issues like stone veneer failure and separation and sagging support beams. If you’ve got a new construction project and the product is already specified on the permitted set of plans then you can rest assured the engineering has already been completed. The need for a structural engineer is more common in remodel situations where the project is adding a significant amount of weight to a wall that had not been designed for that. 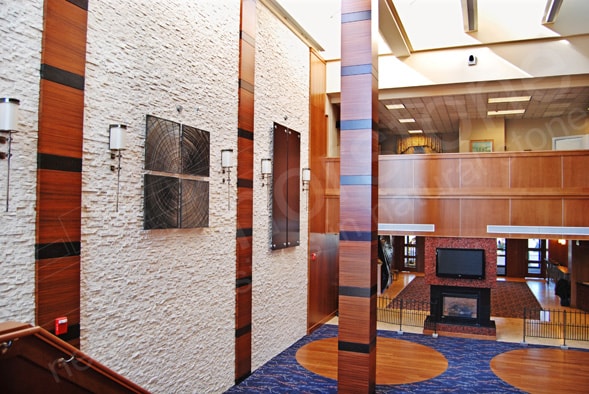 Many times the engineer will determine nothing needs done as many walls are already “over- engineered” for a heavier than standard load. Another common remedy for a frame construction wall is to add in or double up on the studs to create more weight bearing capacity on the wall.

If you have a chance to take a look at our Stone Veneer Project Galleries you’ll see lots of fantastic projects that soar well beyond 10’. If you’re fortunate enough to have the space where something like this is possible, a natural stone veneer installation is something that can really make a statement in a tall application format. If you have questions about how high stone veneer can be installed on your project, or any other technical questions contact Norstone today and ask to speak with someone in technical services and we’d be happy to offer guidance based on our knowledge of our products and the industry.